The Machines Will Kill Us All 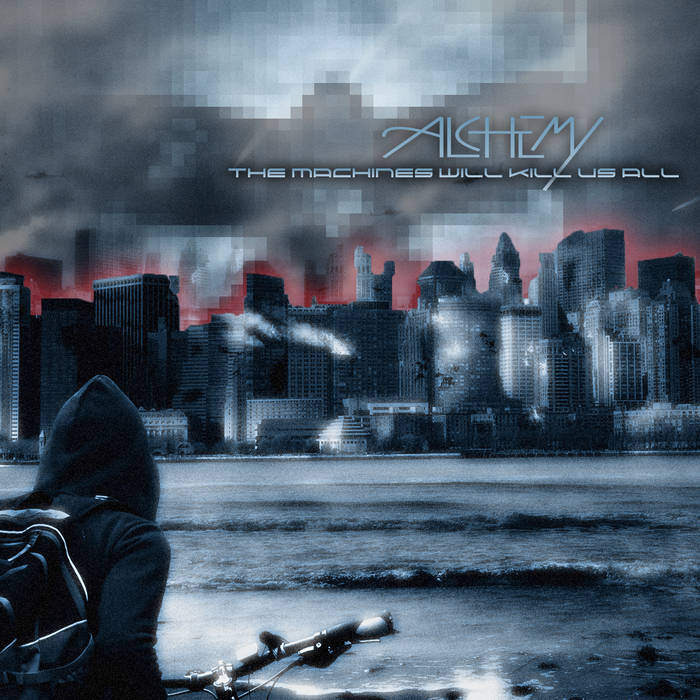 Robert Menes Better the robots kill us all than insane clowns in power. Favorite track: Let There Be Death.

My last couple of albums have been some real downers, but I'm in a much happier place now, and now we can have some fun.

Fun, to me, is apparently a silly, overblown concept album about how "the machines" (cyborgs, automatons, toaster ovens, what have you) will rise up and kill us all.

Everything on this record is synthesized -- and I mean everything. Guitars, drums, even the clean vocals; they're all computer generated. Quite appropriate, I think. The only "real" things on here are human voices, and even those are inhumanly distorted most of the time.

Doing the album like this allowed me to finally fulfill my dream of making an album in my favorite style: industrial-tinged, djenty "cyber-metal."

My biggest inspirations for this were two albums you can go listen to on Bandcamp right now:
"Xenon" by Mechina: mechinamusic.bandcamp.com/album/xenon
"Mechanical Corpse" by Drone Unit: droneunit.bandcamp.com/album/mechanical-corpse
As well as the usual suspects (Fear Factory, Sybreed, Gary Numan, Synthetic Breed, etc.)

"The last survivor" (track 8 + 9) was played by eyeofonyx. Check out her YouTube channel: www.youtube.com/channel/UCWdt3nsUpi_jJU8SBSD_Zew

This record was made with free VSTs from www.vst4free.com and loops from www.looperman.com.